This study was undertaken to investigate the prevalence and antibiotic resistance of food borne bacterial contamination in some Egyptian food. Total viable bacteria and total coliform bacteriawere isolated from different sources of food; carbohydrates (bread, flour and basbousa), vegetables (outer and inner tissues of potato and outer and inner tissues of cucumber) and proteins (mincedmeat, cheese and milk). The study resulted in maximum value of total viable bacteria found in outer tissue of potato 68X104±1.0, while the minimum value found in inner tissues of potato andcucumber. The study resulted in total coliform was maximum value in minced meat 6.4X103±0.3. Basbousa and inner tissue of potato and cucumber were free from coliforms. The ability of isolatesto producing proteolytic enzymes was tested, we found that 326 isolate (63.92%) from all isolates had this ability, thus we selected most 2 potent proteolytic isolates. The two isolates were identifiedas Bacillus cereus and Escherichia coli. The identification confirmed by microlog 34.20 system and 16SrRNA for two isolates and the same result was founded. Sensitivity tested for the most potentproteolytic species to 12 of the most commonly used antibiotics in the Egyptian pharmacy. The results showed that all species were sensitive to most of antibiotics, except B. cereus which was strongly susceptible to azteronam and ceftazidim. The data showed that raw meat, cooked food products, and raw milk were most commonly contaminated with foodborne pathogens and many pathogens were resistant to different antibiotics. The study provided useful information for assessment of the possible risk posed to consumers, which has significant public health impact. 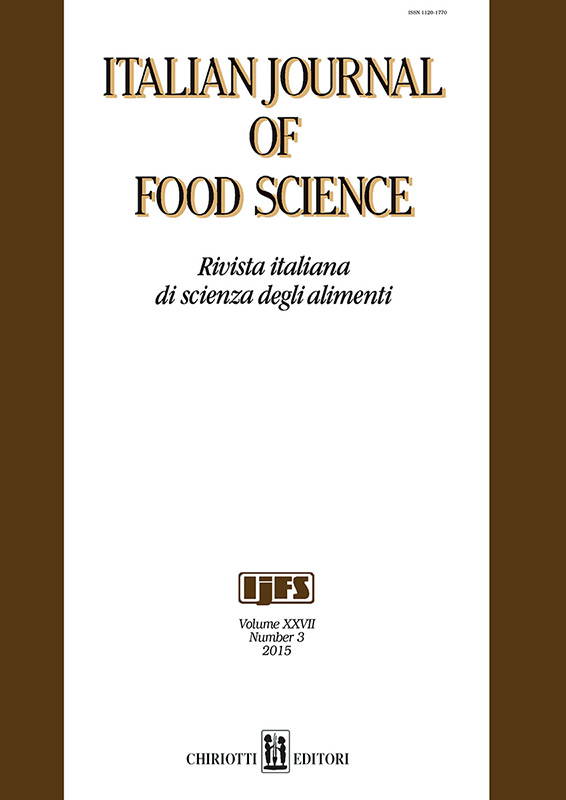 This work is licensed under a Creative Commons Attribution-NonCommercial-NoDerivatives 4.0 International License.

Before publication, after the acceptance of the manuscript, Authors have to sign a Publication Agreement with "Italian Journal of Food Science", granting and assigning to "Italian Journal of Food Science" the perpetual right to distribute the work free of charge by any means and in any parts of the world, including the communication to the public through the journal website.